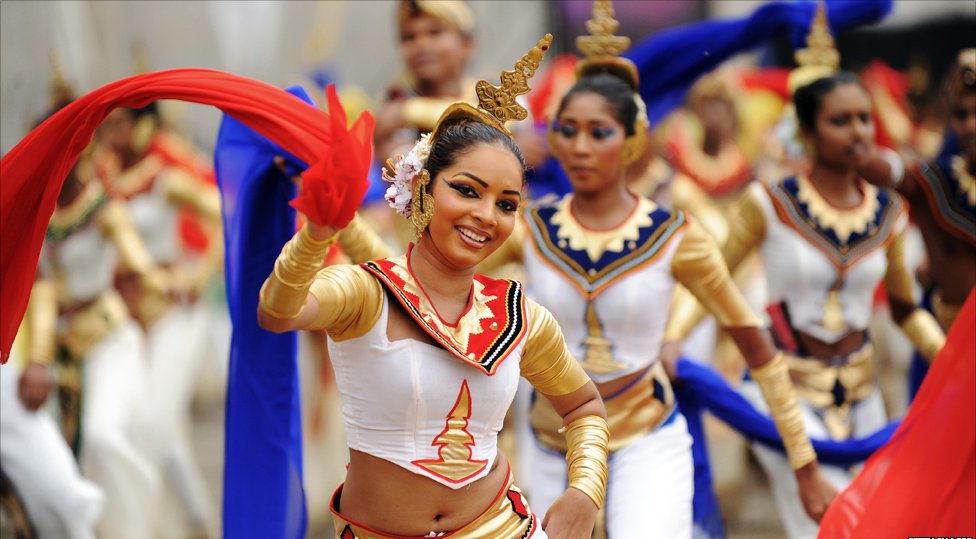 Sri Lanka has a population of 19 million. The people of Sri Lanka belong to different cultural groups. The biggest cultural group is the Sinhalese. The Sinhalese make up about 75 percent of the Sri Lankan people and they mostly live in the southwestern part of Sri Lanka. The language they speak is Sinhala, the official language, and most people are Buddhists. A small number are Christians (8%). Tamils, another cultural group, make up about 18 percent of Sri Lankan people. Most of them are Hindu. Also There’s another small percentage of (7.5%) Muslim people living under the same Srilanakan flag but freely in their own culture and tradition..