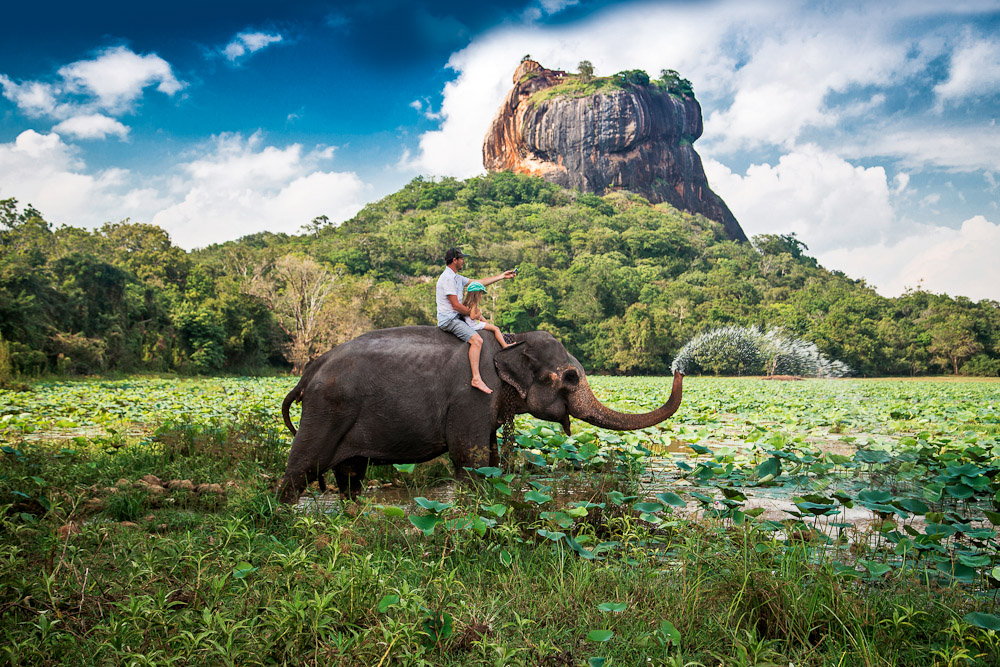 Sigiriya (Lion’s rock) is an ancient rock fortress and palace ruin situated in the central Matale District of Sri Lanka, surrounded by the remains of an extensive network of gardens, reservoirs, and other structures. A popular tourist destination, Sigiriya is also renowned for its ancient paintings (frescos),[1] which are reminiscent of the Ajanta Caves of India. The Sigiriya was built during the reign of King Kassapa I (AD 477 – 495), and it is one of the seven World Heritage Sites of Sri Lanka.

Sigiriya may have been inhabited through prehistoric times. It was used as a rock-shelter mountain monastery from about the 5th century BC, with caves prepared and donated by devotees to the Buddhist Sangha. According to the chronicles as Mahavamsa the entire complex was built by King Kashyapa, and after the king’s death, it was used as a Buddhist monastery until 14th century.