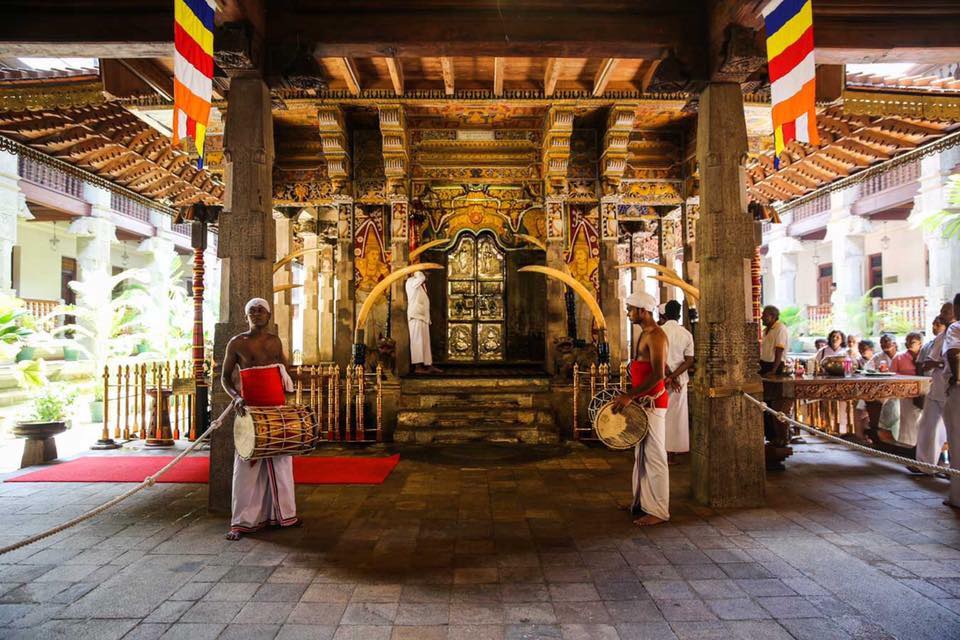 Long a center of the Buddhist faith and Located in Kandy, the stunning 17th-century Temple of the Tooth (Sri Dalada Maligawa) is believed to house the left upper canine tooth of the Lord Buddha himself. This precious relic attracts white-clad pilgrims, bearing lotus blossoms and frangipani, every day.

The tooth was brought out for special occasions and paraded on the backs of elephants, which are sacred to the Buddha. When the capital was moved to Kandy, the tooth was taken to the new city then placed in this temple built to honor it. The temple was originally built under Kandyan kings between 1687 and 1707, but later severely damaged during the 18th-century colonial wars against the Portugese and Dutch. After the wars, the original wooden structures were restored in stone.